It has been a long time since Garena(makers of free fire) had not announced anything big but Garena has made a banging  announcement about rolling out of the new update. It is expected to be rolled out officialy in the last week of June.  The company also hints toward recurrence of the rampage mode, the company will also unveil it's new logo, new character, new character bundles and many other things are expected to be revealed soon. 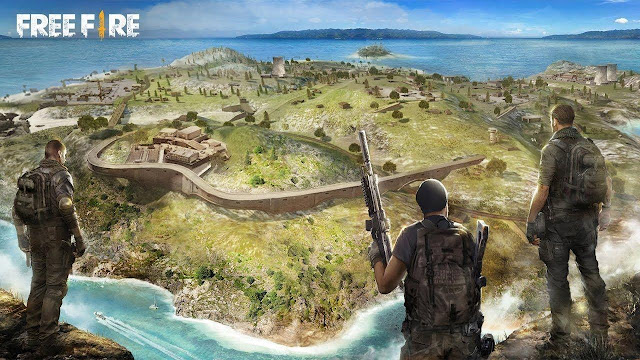 1. First of all and the major one, the makers are all set to reannounce the rampage mode, the director has made an animated video to tell fans about this new game mode. The storyline of this game mode suggests that this mode is all about the fight against horizons. The common enemies of players are horizons for which the director invites us to join the force. In Rampage: United, The Director will be uniting previous Rampage heroes to battle against three new villains – the Horizon forces – who each possess strong powers linked to various weather elements. The villains are Zephyr (Fierce Wind), Misty (Heavy Rain), and Nimbus (Dark Cloud). 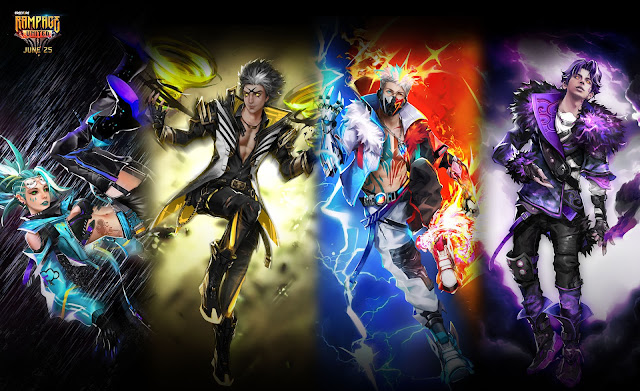 The Director and assembled Rampage heroes will square up against the Horizon forces to get hold of the Hyperbook, a mysterious item containing powerful weapons. The future of the city is at stake as a battle shapes up to ensure the Horizon forces' evil intentions do not materialize.

2. In this year's game mode fans will be able to push their rank up by exploring a dedicated event page to rank up through various daily missions and collecting sign-in rewards.

• This event will also feature a Rampage Identity Web event to personalize their characters and assemble their favourite Rampage squad.

• By following the Rampage: United storyline through the animation teaser and an imaginative comic series players will get Rampage spirit to boost up their rank fast in this event.

Talking about themed rewards of this events the hints suggest that the Free Fire fans and players can look forward to gear up for the battle with free Rampage: United-themed collectibles such as: 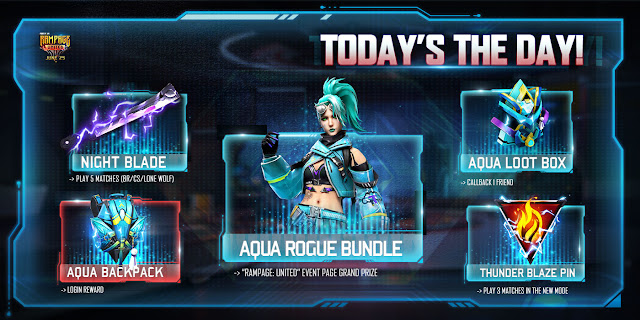 On the peak day of this event player will get the chance to see the exclusive showstopper warclasher bundle. So, what makes this bundle so special. First we have to understand that, this is something exclusive one of its kind. Second is that some of its awesome attributes makes it a level up. 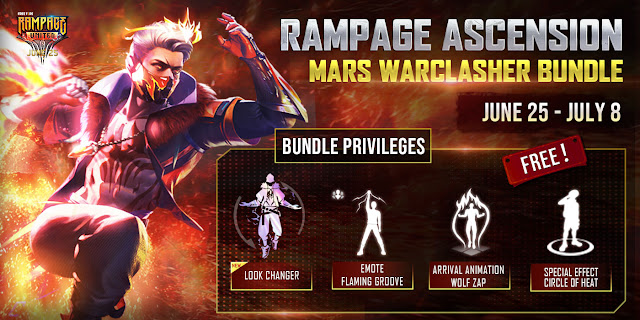 Let's have a quick look on this bundle characteristics.

And a lot more

To access this great bundle, one has to collect magic cube fragments while playing, on collecting the required no. of cube pieces one can access the bundle rewards but the outfits and some effects will only be available to elite pass holders.

Game has also unveiled its new logo. You can get the new look of logo here. As we can see the logo is quite futuristic and the shape of knife also seems to be changed. 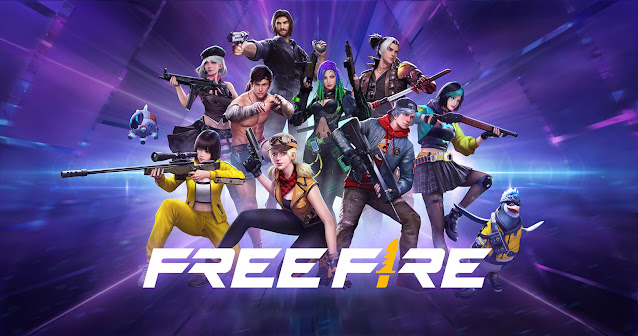 This is a great time for all the free fire fans and players to showcase there talent and to explore the map at its full potential. So enjoy gaming at its best.
Thank you for reading this article.
To show your love follow me on instagram @a_smbhav.